Lost in [a] translation

One of the unexpected joys of having a favourite read that wasn't written in your mother tongue is the fun of discovering different translations. All of which add a new element to a novel that you felt you knew really well. 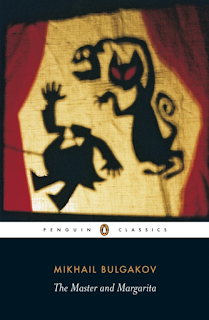 My first encounter with Mikhail Bulgakov's The Master and Margarita was in the Penguin edition, translated by Richard Pevear and Larissa Volokhonsky.

The cover still remains one of my favourites of all the Master and Margarita editions I've seen. If the language is a little measured, there are great editorial notes with this edition providing extremely helpful information on the background to the novel, and its amazing bursting forth onto the streets of the USSR.

Pevear and Volokhonsky are excellent too at bringing out the humour of the novel, along with the darker political background that makes it such a darkly funny book.

The earliest translation of the work, as far as I can gather, was by the Russian-American translator Mirra Ginsburg. Mirra was also a writer of children's stories. And this comes out in her translation of the novel. She takes the magical side of it along with the slapstick to a new level. And yet alongside this she brings out the humanity of the book. If Ginsburg's translation is in many ways a lighter read (no editorial commentary), it's also a much more deeply felt read, as it was her translation that was the one which reduced me to tears. Oddly although this is the most magical translation, it is also the most human, and, I suspect, closest to Bulgakov's original intentions.

The most recent translation I've read also happens to be...well, the most recent translation, and it's by Hugh Aplin. As a read it moves well, and there are some helpful notes at the end. I was very grateful though that I had read Pevear and Volokhonsky first, as there was the odd moment where if I had been a Master and Margarita novice, I would have wondered what was going on. There was a good reason for this as Aplin explains that the manuscript was never fully revised by Bulgakov, and so there is some confusion, which in the case of this translator is not resolved, but is left as it was when the author died. There was also some fascinating information about the divergent editions that are available in Russian.

If Ginsburg got the humanity and the magic spot on, and Pevear and Volokhonsky got the humour and the politics, Aplin did a fine job with the Biblical storyline, which was more clear and moving in his translation than in any other. As you'll have realised I adore this book, and I look forward to reading many more translations. There's an interview with Hugh Aplin about his work translating Master and Margarita here.

In keeping with the theme of translation, following Master and Margarita, I decided to do something about my shamefully forgotten French, and was inspired by the memory of an old friend, who used to read Agatha Christie in translation to improve his foreign languages. Why not have a go at Maigret in the original? So I found a copy of L'Affaire Saint-Fiacre (published in English as Maigret goes home). My first ever complete novel not in English... 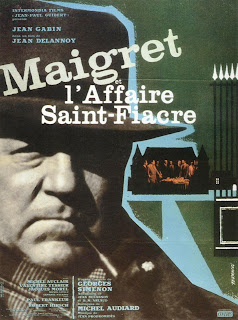 I found this an amazing experience. Armed with my trusty copy of Maigret goes home, I prepared to translate. One of the things I've always loved about Simenon is his sense of place, how he can set an atmosphere brilliantly. That's evident even in translation. In the original language though he's amazing.

France just wafts off the page, along with the people, the place, even the scents. I learned a fair number of words that if not terribly helpful on my next holiday (tapers, stammers, heart-attack, and, most memorably, the sound of a linotype machine in French "tac-tac" (isn't that just how a linotype sounds!)) were still great to learn.

The story starts when a note is sent to Maigret's office announcing a death. I suspect this may have been the novel that inspired Agatha Christie's A murder is announced though Simenon's novel is technically much more challenging. Maigret is drawn to investigate as the alleged crime is set to happen in the little village in which he grew up. Sure enough there is a death, which will lead to Maigret re-thinking everything he thought he knew about his childhood, and the people his family admired. 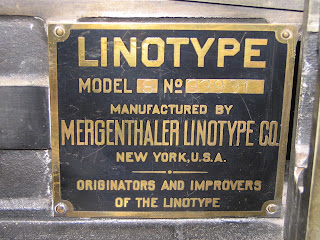 The modus operandi of the murderer is particularly clever and hinges around a piece of newsprint. For a printer's daughter, I was in Seventh Heaven as I found some helpful notes that taught me all kinds of things I never knew before about popular French typefaces. The translation, which I had read many times, had shown me a printing works, but the original French had me back in my father's old works listening to the clatter and hiss of the linotype, and my father like a demented goblin whacking the lead pot with a composing stick.

Weirdly, I might have had problems understanding some of the conversations, but everything about the print shop even the technical language was crystal-clear. And perhaps this was why this particular novel was the perfect first novel in French for me to read. If Maigret was forced to re-visit his childhood in L'Affaire Saint-Fiacre, so was I. It brought back memories of a much loved father, whose French was much better than mine.

It was such fun to finally read a novel I had enjoyed in its original language. Has it improved my spoken French? Well, it's early days, I will just have to keep on reading....
Email Post
Labels: books in French bulgakov crime fiction foreign novels russian literature Simenon translations 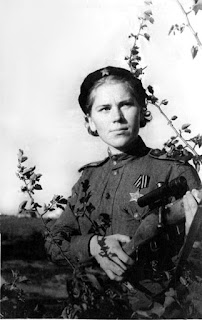 The unwomanly face of war 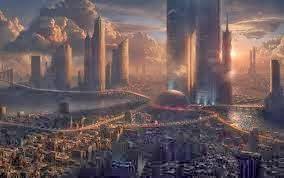 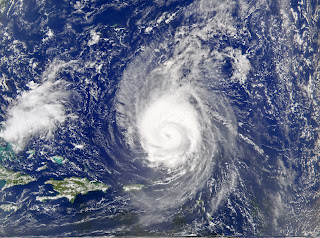 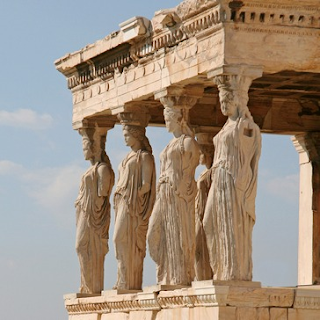 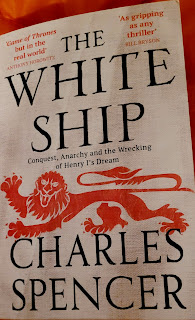 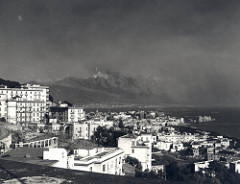